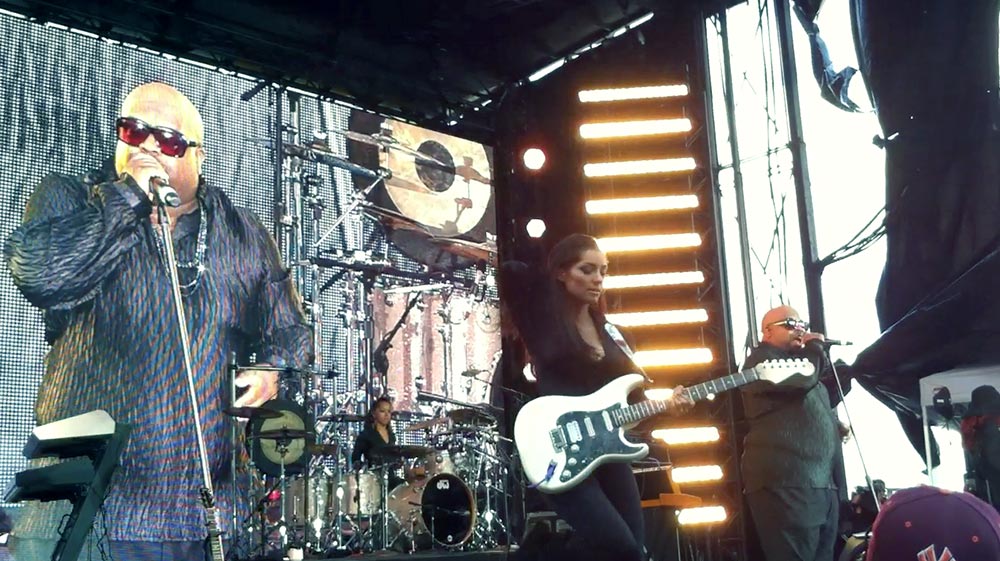 Solo Kojima Art Directed and created all the LED Content for Imagination’s Land Rover Evoque Live Event. The first of it’s kind for a car launch, it featured 3 Artists from 3 different parts of the globe jamming together one after the other. It was 11am in New York where we were located and the other production staff were in Milan (4pm) and Shanghai (11pm). Click the above image to see the viral created by Ranger Rover to promote the vehicle. The content consisted of Channel Identity for the 3 cities and different backdrops for the 3 performing artists, CeeLo Green, Paulo Nutini and Mark Ronson.